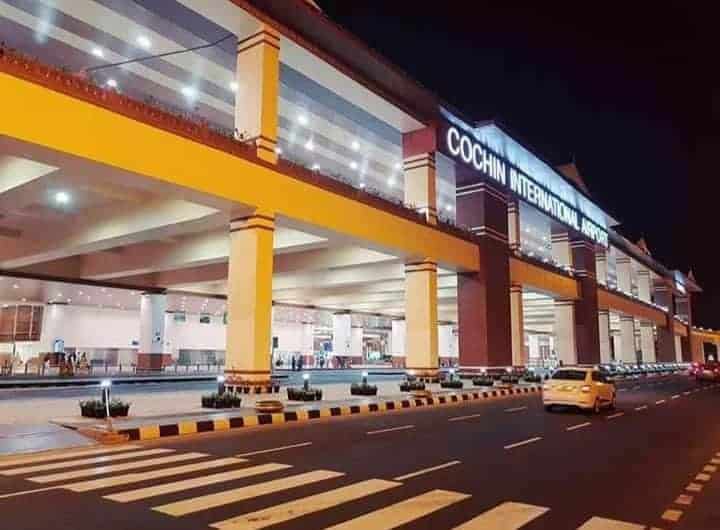 Cochin International Airport (COK), the busiest and the largest airport in Kerala have a niche position amongst the important aviation hubs of India.  Built during the pre-independence period, the airport was functioning initially on a small airstrip used by the British officials. After independence, the Indian Navy took over control. In 1999, the Cochin International Airport was inaugurated at its present site, Nedumbassery, and is now fully operational with domestic and international air traffic.

As one of the first Greenfield airports in India built under a public-private partnership, Kochi Airport also has the distinction of being the world’s first fully Solar powered airport. Kerala tourism has been given a massive boost with the operations of the Cochin Airport.

Topics in this Article

Excellent connectivity with various destinations across India sets apart the Cochin International Airport. Flights are available to major domestic cities like Chennai, Bengaluru, Mumbai, Hyderabad, and New Delhi. Of these, the two most popular sectors are Kochi to Mumbai and Kochi to Bengaluru.

The Cochin Airport is well connected to global cities like Dubai, Kuala Lumpur, Colombo, Riyadh, and many others with regular flights plying in between Kochi to Dubai and Kochi to Abu Dhabi are among the most popular international routes.

The Airport is located in the Nedumbassery (part of Kochi Metropolitan Area), at a distance of 28 km to the north-east of Kochi.

Nearby Railway stations: Angamaly, Aluva, and Ernakulam are Railway stations close to the Airport. Kochi metro starts from Aluva to Cochin. Ernakulam Junction is a railway hub with connectivity to major cities of India.

Major cities nearby: Ernakulam (Cochin), Thrissur, Kozhikode (Calicut) & Coimbatore are major cities in the vicinity of the Kochi Airport.

Kerala is a green paradise, and one of the ten must-see destinations in the world! Kochi Airport is a significant touch point if you want to explore Kerala. From here you can visit the beautiful Athirapally and Vazhachal waterfalls,  the Kodanad Elephant Training Centre, Cherai Beach, Marine Drive, Jewish Synagogue in Fort Kochi, Hill Palace Museum & the Wonderla Amusement Park (Veegaland).

Munnar nestled in the Western Ghats is a hill station and former resort for the British Raj elite. It is surrounded by lush greenery & hills dotted with tea plantations. Eravikulam National Park, Lakkam, Attukal & Chinnakanal Waterfalls, Anamudi Peak, Tea Museum, Chinnar Wildlife Sanctuary are places not to miss in Munnar. Blue Neelakurinji flowers that bloom here once in every 12 years attract tourists by the hordes. 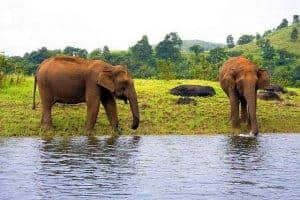 If you are in the mood for a vacation in the jungle, Thekkady is the place to go! Home to the largest Tiger Reserve in India- Periyar, Thekkady is also famous for its wildlife, spice gardens & adventure sports like Bamboo rafting, night trekking & boating.

A trip to the Venice of the East, Alappuzha in a houseboat cruising along the backwaters of Kerala is a thing not to be missed! The snake boat races held at the Punnamada Lake is a most-watched, highly competed annual event. 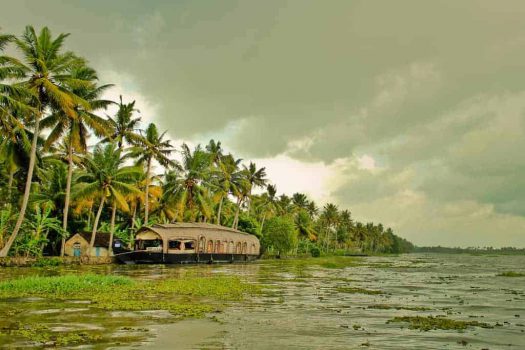 Kumarakom, a sleepy village on the banks of the Vembanad Lake is home to the Kumarakom Bird Sanctuary that is visited by several migratory birds. A visit to the Bay Island Driftwood Museum,  Pathiramanal Island & the ancient Thazhathangady Mosque can be exciting things to do here.

Pilgrim centers in and around Kochi

There are world famous pilgrim centers of different religions in Kerala. Get down at Kochi Airport if you want to visit the great pilgrim centers in Kerala. Malayatoor, the Aluva Shiva Temple, Guruvayoor Temple, Chottanikkara Temple, Vadakkunnathan Temple, Birthplace of Sri Adi Shankara, Kalady, Vallarpadam Church, Sabarimala are the most significant places to visit.

A boost for medical tourism in Kerala!

Supporting the IT revolution in Kerala

Kochi Airport has played a major role in influencing the IT sector. Right after the major Infoparks were started in Kakkanad, Koratty, & Cherthala, the easy reachability from the Airport has caused many international companies to invest heavily in these technology parks leading to an IT revolution elevating the economy of Kerala.

KSRTC: The Airport is located with easy access to all three National Highways passing through Kerala (NH 47, NH 17 and NH 49) and is only a half-an-hour drive away from the city. Many KSRTC buses are en route these highways.

Metro: Aluva is the nearest Metro station to the Airport. It is the starting point of the Kochi Metro line to the Ernakulam city.

Airport Taxi: There are fully computerized and automated Pre-paid Taxi Counters at both the Domestic and International Terminals in the Cochin International Airport. Pre-paid Taxis are available round the clock to any destination in and around Cochin. 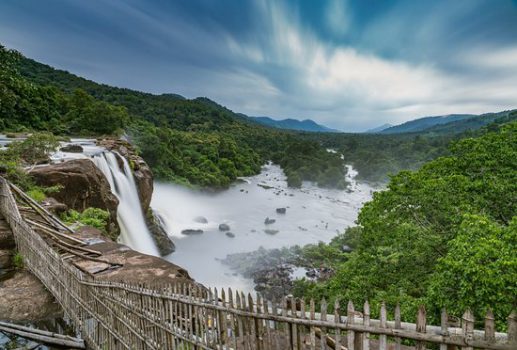 Get ready to enjoy some greenery and cool off at the twin waterfalls of Athirapally and Vazhachal in the Sholayar ranges! As the most popular tourist attractions of Thrissur, these two waterfalls are sizzling cascades that gush along the Chalakudy River and a fabulous treat to the eyes!

Adi Shankara, the philosopher & expounder of Advaita Vedanta, was born in Kalady near Angamaly, Kerala. Many consider Shankara as a reincarnation of Shiva. Kalady is a beautiful serene village on the banks of the river Periyar & is situated just 9 km away from the Airport.

Take time out to enjoy hair raising water rides, land rides and other thrillers at the Silverstorm, one of the most popular theme parks of Kerala! Located 48 km away from the Airport, Silver Storm has theme rides that cater to all age groups. The park is situated amid lush greenery and towering mountain ranges & beckons you for full-blown entertainment. Some of the facilities available here are Kids` Pool, Master Blaster, Super Splash, Surf Hill, Wild Raft Ride, Wave Pool, Turbo Twister & more.

A most picturesque dam site in the virgin forests of Ernakulam district located 35 km from the Airport. You get stunning views of nature like mist-clad hills, rocks, valleys, forests, migratory birds and wild animals. Bird watching, adventure trekking, wildlife photography & boating are the main attractions here.

One of the largest elephant training centers in Kerala set near the southern banks of the Periyar River. Located 20 km away from the airport, it’s a training center for elephants for riding and substantial works like exploring the jungles, transporting logs,  etc. There is a small wildlife park with deer and other wildlife at the center.

What better way to explore the village life than cruising through the backwaters of Kochi on a houseboat? Kochi backwaters are known for its captivating landscape and lush greenery on its banks. A ride through the backwaters is made more exciting with visits to the St. Francis Church, Jewish Synagogue, Chinese fishing nets, Jew market and more.